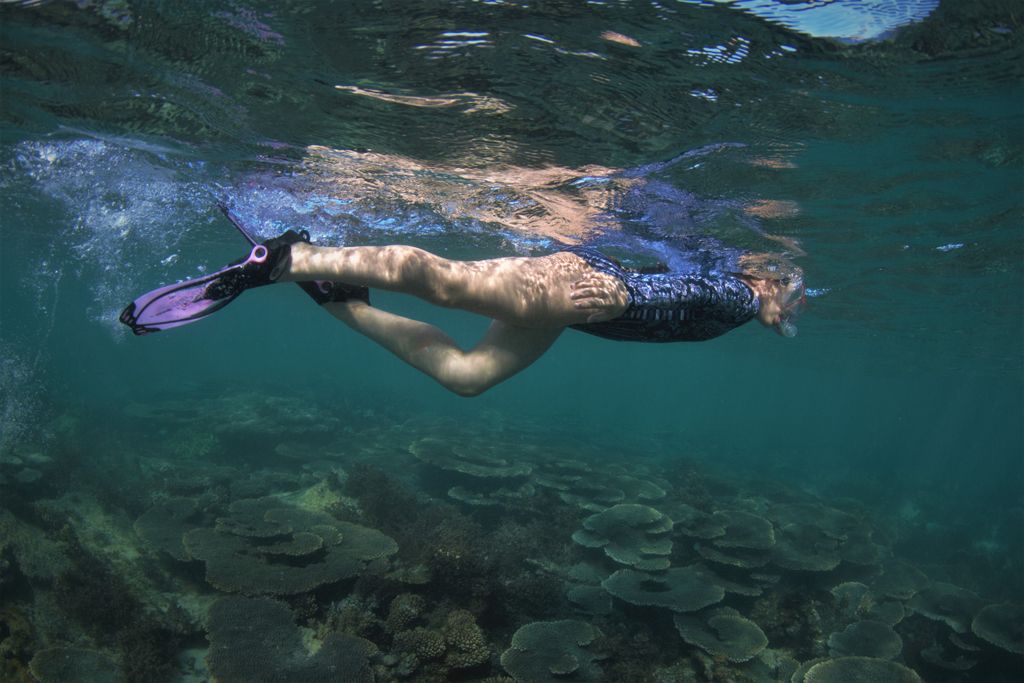 Wander Out Yonder – Perth to Ningaloo

Being Australian, we love a good road trip. This July we contacted Aussie Marine Adventures to help us plan our trip to Ningaloo. We talked about what we needed and they set us up with the best option for us to take the kids on an unbelievable wander out yonder adventure.

With three kids it was a good idea to not go too far on day one as everyone took a little while to pack up. We left around 2pm after lunch and drove 220kms from Perth to Jurien Bay, where we checked into a reasonably priced self contained unit on the beach just in time to stretch out and watch the magnificent sunset over the Indian Ocean.

Our Swimming with Sea Lion tour started early the next morning. It was worth getting up early to see them in their most active part of the day. They were super friendly, and we all fell in love with them.

After the swim there were Tim-Tams and a hot shower to warm up once we shed our wetsuits. 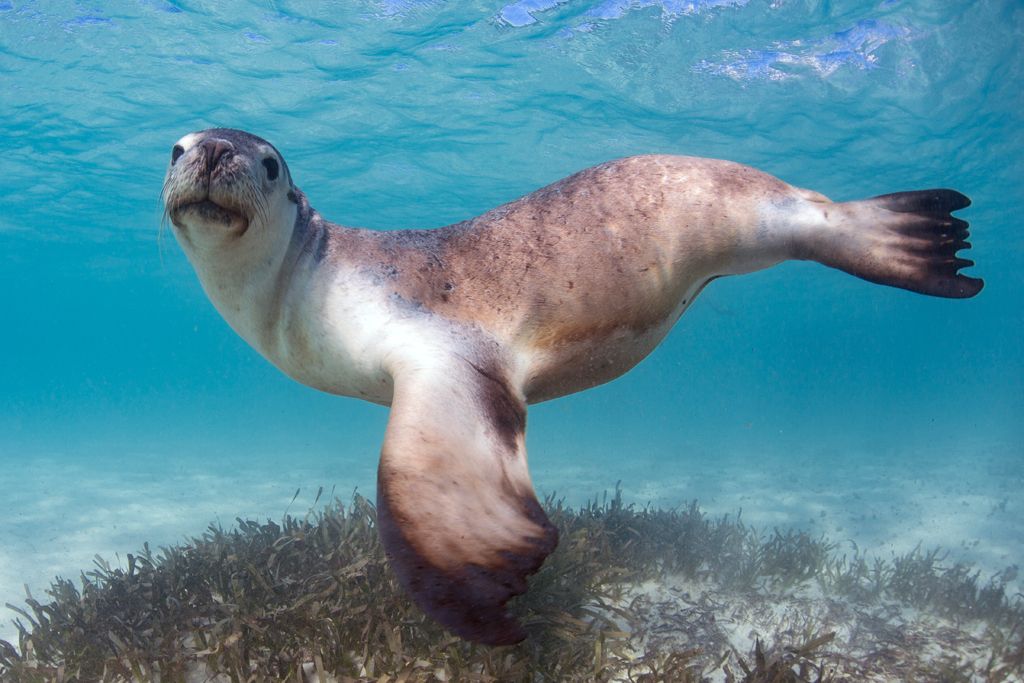 The Sea Lion tour was back just before lunch so we ate lunch and then set off on the longest part of the journey, 670kms to Carnarvon. We arrived late and checked into another small unit which was lovely inside. We could have camped out just before Carnarvon at a lovely beach but it was a little windy so we went the easy option.

We slept in a little bit and checked out at 10am. We took the river road out of town to stop in and buy some fresh local produce from the farmers on the way out of Carnarvon.

It was only 2 ½ hours to Coral Bay from Carnarvon so we arrived there just after lunch with time to unpack and have a snorkel from the shore out to the local version of “Ayres Rock” which is a giant Porites (brain coral) thousands of years old! The sunset was amazing again for the end of day 2! 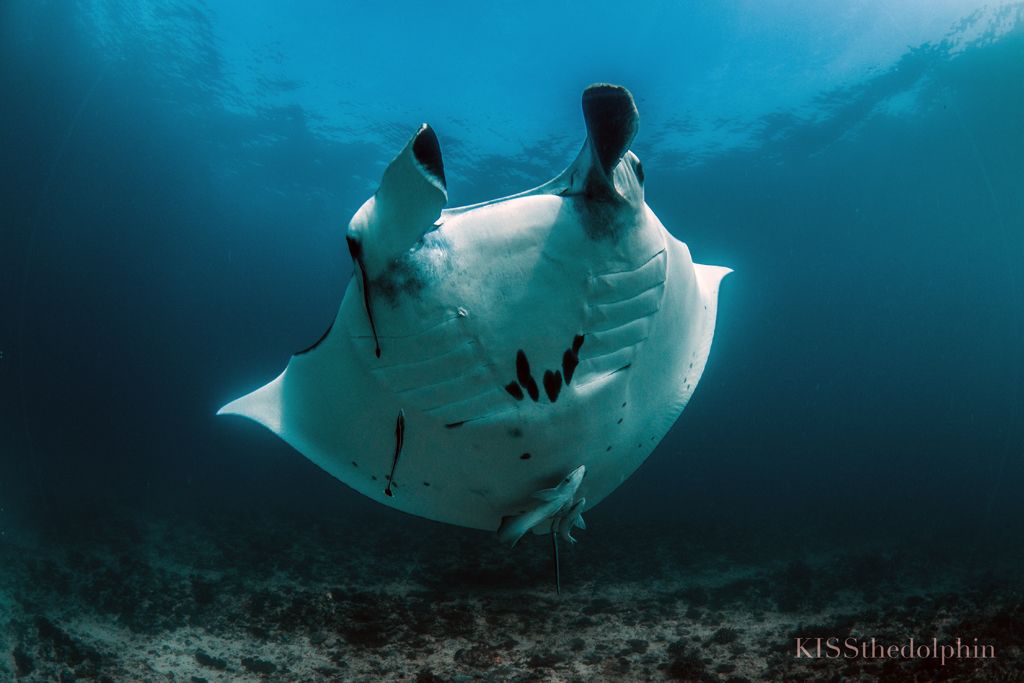 Day Three we met at the dive shop to be fitted for our Manta Ray adventure tour snorkel/SCUBA diving equipment. The tour offers 2 separate locations for divers to do a guided dive whilst the snorkelers stay in shallower water in a separate group.

Because we had the children they allowed us to book one adult diver and one adult snorkeler but do one dive each so one of us could snorkel with the children and supervise them.

In addition to the two dive sites the captain used a spotter plane to locate a beautiful Manta Ray for us all to snorkel with. The water was the most amazing blue I’ve ever seen and the hard coral formations were spectacular.

We checked out of our accommodation in Coral Bay on Day Four, and made our way a further 155 kilometers north to Exmouth. On the journey we stopped at the Krait memorial just past Learmonth airport and learned a bit of local history. We then checked out the views from Charles Knife Canyon on the way into town and stopped for a picnic lunch, before arriving in town to check in around 3pm. We had just enough time to wander around and were lucky enough to see some of the local Emus wandering the streets!

Town beach is accessible for 4WD vehicles to drive onto the beach facing east to the Exmouth Gulf where we had a reverse sunset. The light south westerly winds were blocked by the ranges and we could hear the first Humpback Whales to arrive for the season breaching in the distance.

The Whale Shark crew picked us up in the morning on Day Five and drove us to the westside. We learned about the Harold E. Holt Naval Communication Station and the V.L.F towers on the ride to the Tantabiddi boating facility where we met Captain Shaine Middleton on a small tender boat which ferried us to the spacious 52 foot boat called Jazz II.

Captain Shaine’s pre departure safety briefing was hilarious and set the mood for the day. The crew were amazing and helped us out teaching the kids how to snorkel. 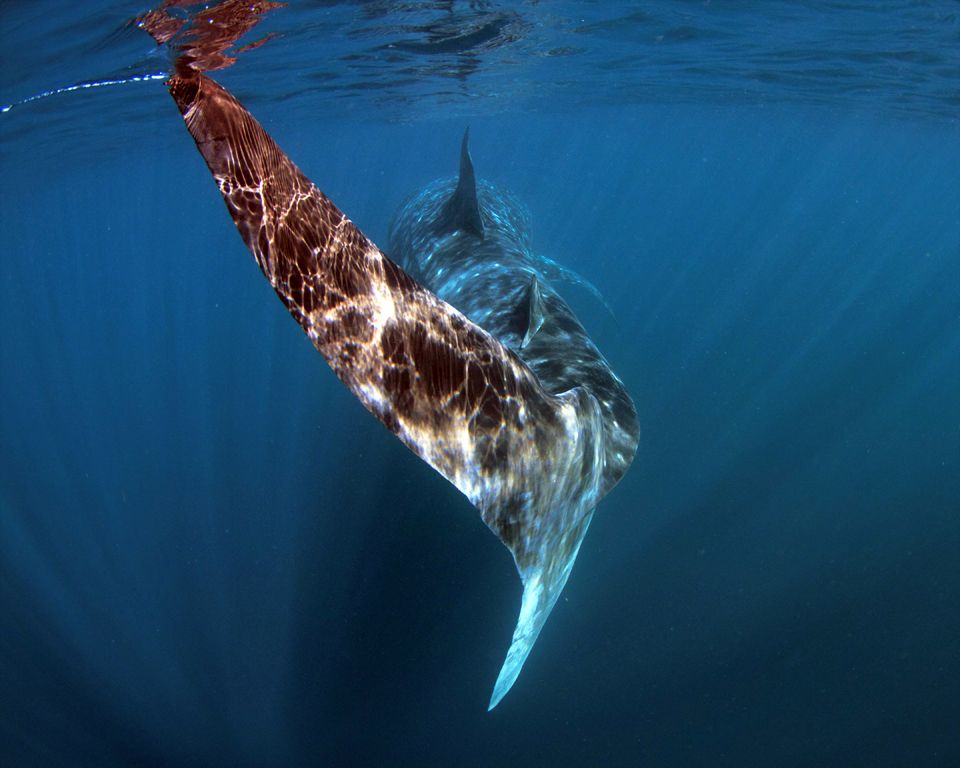 The whale shark swim was unbelievable! We even had a turtle swim past while we were swimming with our first whale shark! And the second one was a massive 9 meter one, which is a little rarer because most in the area average to be around 3-6 meters.

Some scientists believe this indicates a possible breeding area for these gentle giant filter feeders. We learned so much from the crew about the wildlife, and it was such a great experience for the family to bond.

After the crew dropped us off from the tour we were exhausted, so we stopped in at Whale Bone Brewery for a pizza and beer. There was a great band playing, a few fire pits for ambience, and a playground area for the kids in the outdoor area. It was the perfect venue for us to unwind from a day of adventure.

Day Six was another early one with the crew picking us up and taking us to the shop to be fitted with gear. The boat for our Muiron Islands/Outer reef snorkel tour is in the Exmouth marina so just a five minute drive before we set off for the Islands. The soft Corals were spectacular! And so different from the hard coral we saw on the whale shark tour. We were also lucky to see another Manta Ray on the afternoon snorkel!

We were really sad to check out and leave on Day Seven but with only being able to take a week off work we had to get going. We drove all the way to Billabong Roadhouse (about half way) and spent the night there before making it home on Day Eight, with Day Nine to unpack.

If we had more time we could’ve SCUBA dived the Navy Pier, or done a sunset whale watching tour. We’ll just have to come back again soon!

Huge THANK YOU to Aussie Marine Adventures for helping us with sorting out the tours and advice about where to stop and stay. It was the best family holiday we ever had together.

We are your one-stop-shop for marine animal interaction experiences including Whale Sharks, Manta Rays, Whale Swim, Whale Watching, Orcas, Dolphins, Sea Lions, Cage Diving, Scuba Diving and Snorkeling Tours. From Ningaloo Reef in Western Australia to the Great Barrier Reef in Queensland, no matter which direction you decide to go around the Australian coast, we'll find a tour that's right for you.

Book Now or Get in Contact to find out more.

We’re here to help you find the best adventure for you!

Simply fill in the form below and we’ll be in contact with you soon.