Watch Orcas at The Bremer Canyon

The largest congregation of killer whales (orcas) in the southern hemisphere can be found in Western Australia at a place called The Bremer Canyon. The Bremer Canyon is a deep underwater trench 50 km offshore from Bremer Bay, on the south coast of Western Australia. Depths on the sea bed here can reach up to 3,500 meters. It takes about one and a half hours to reach this area by boat and in 2015 the first charter boats started taking passengers out to view orcas off Bremer Bay. 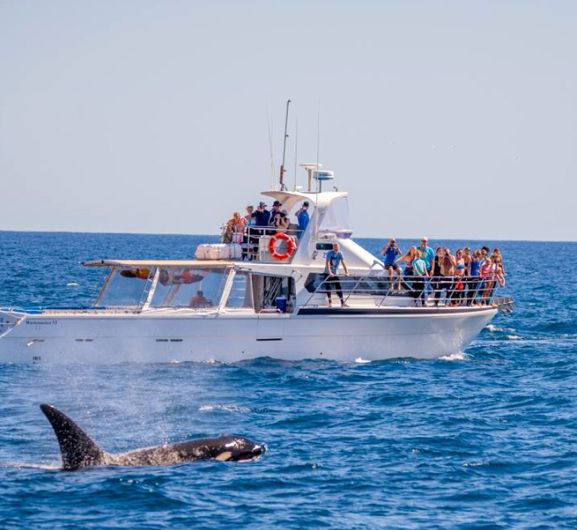 Ningaloo Reef is also a hot spot for orca sightings and even though there are no dedicated orca tours at Ningaloo, they are often seen on whale shark tours from May to September.

There have never been any reported attacks on humans by orcas anywhere in the world, although there have been attacks on humans by orcas in captivity. Several places in the world conduct tours where you can swim with orcas (including Norway) and we have even had them swim past groups of people in the water on our whale shark tours at Ningaloo Reef without incident on more than one occasion!

Orca tours at Bremer Bay start on the 2nd of January and guests have the opportunity to see more than just killer whales. We often see sperm whales and blue whales while we are out there chasing orcas and were even lucky enough to witness orcas hunt down and feed on a blue whale (the largest animal in the planet) last year! It is not uncommon to see long- finned pilot whales, large pods of bottlenose, striped, and common dolphins. Shark species such as great whites, whaler sharks, and oceanic blue sharks can also be seen. We have even seen oceanic sunfish out there! 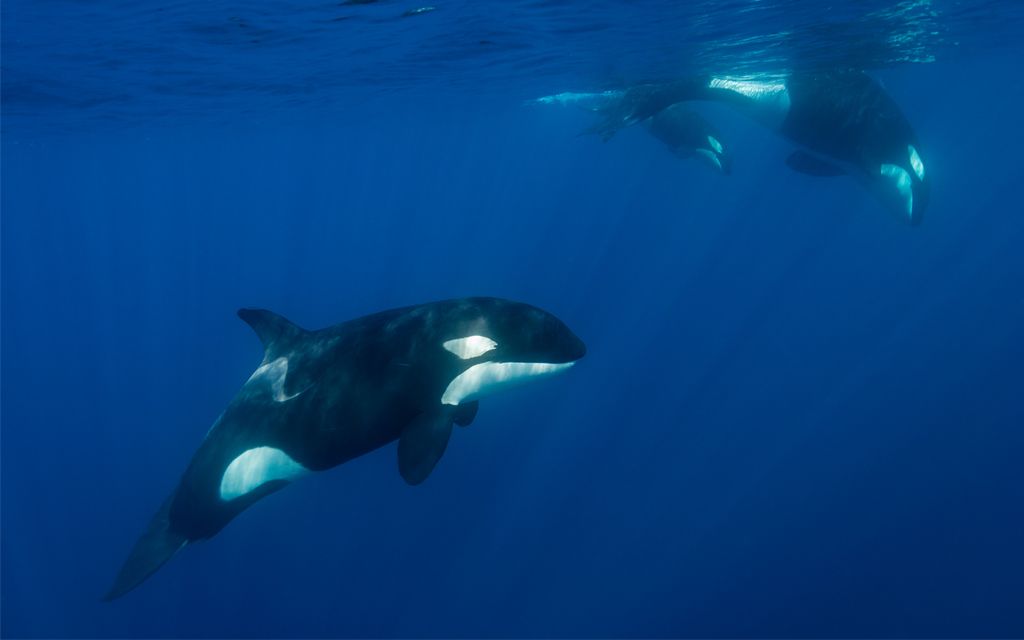 Orcas are actually dolphins not whales (actually the world’s largest species of dolphin) and can live for 50-80 years. Males can grow up to 10m long. The adult male dorsal fin can grow up to 2 meters tall – taller than many humans! These intelligent marine mammals form lifelong bonds in family groups that are led by a matriarch and hunt together in highly efficient groups. Western Australian orca populations have been known to feed upon humpback whales, sperm whales, blue whales, and several species of dolphins and sharks. 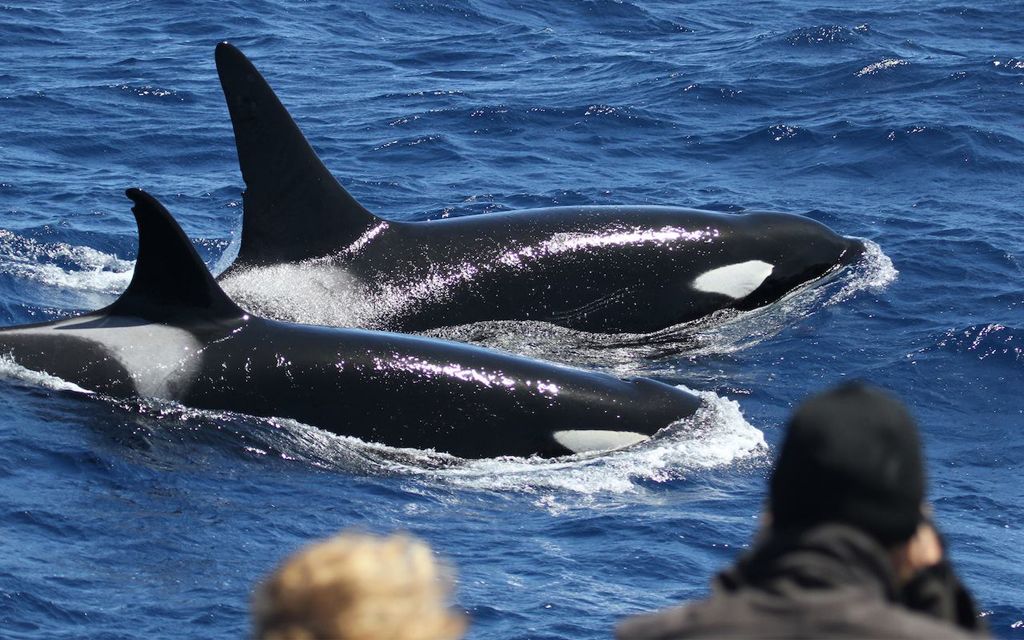 Our killer whale tours are conducted on a large comfortable vessel in the summer months here in Western Australia. This is the only place in Australia where there are reliable sightings of orcas.

Marine scientists have been studying this population since 2010 and have reported increasing numbers of these amazing animals since that time.

Have a look at our Orcas page to check out tour options, give us a call on 0456 407 547 or email us direct and ask what specials are available for advance bookings.

We are your one-stop-shop for marine animal interaction experiences including Whale Sharks, Manta Rays, Whale Swim, Whale Watching, Orcas, Dolphins, Sea Lions, Cage Diving, Scuba Diving and Snorkeling Tours. From Ningaloo Reef in Western Australia to the Great Barrier Reef in Queensland, no matter which direction you decide to go around the Australian coast, we'll find a tour that's right for you.

Book Now or Get in Contact to find out more.

We’re here to help you find the best adventure for you!

Simply fill in the form below and we’ll be in contact with you soon.